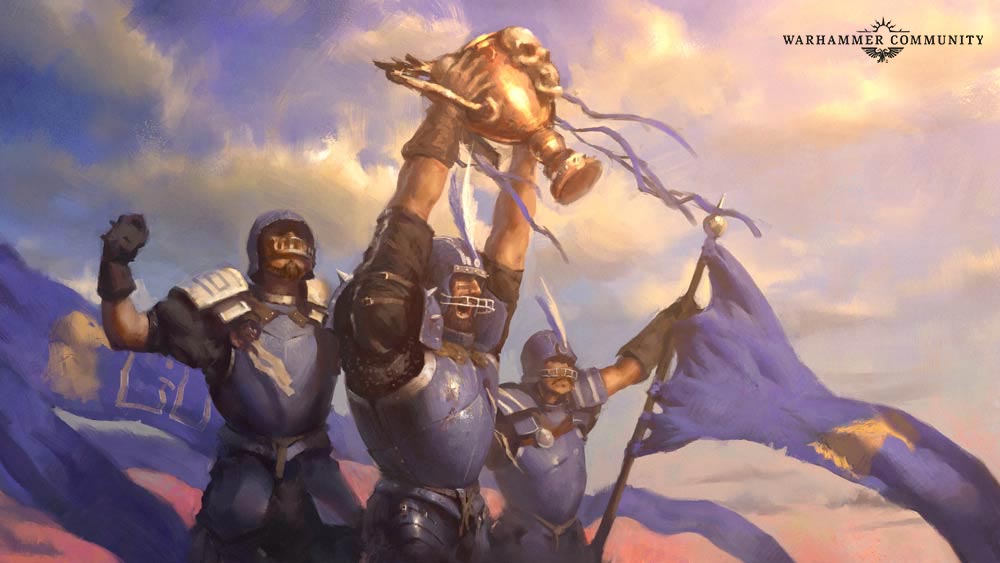 The last big tournament of the year is to celebrate all of the league and tournament champions in the VOODOO region for 2020. If you are a league or tournament champion in 2020, you get a bonus +1 fan factor added to your team for free for every championship earned. There is only one award: The Champion Blood Bowl Coach Of The Year Trophy..

4 rounds of 11’s. $10 admission. Only one winner.
• Special Play cards will not be used
• Piling On doesn’t require a team reroll
• All injuries reset after each game
• Apothecaries work as described in the rulebook
• Illegal Procedure will not be used

You are given 1,000,000 gold pieces to build your team. You may purchase players, rerolls, fan factor, coaches, and cheerleaders as normal with this money
Wizards, Journeymen, Special Play cards, and Mercenaries are NOT ALLOWED
You may purchase any other inducements for your team, including Star Players
Note: If you are including a Star Player, you must have 11 players on your team BEFORE hiring him. Having 10 players plus a Star is not allowed.

Remember: You cannot have the same Star Player as your opponent, if both of you attempt to field the same player, then both of those players sit out for this game. Also, you cannot use Igors or Apothecaries on Star Players.
After team is built, you are given +150,000 gold pieces to buy Normal and/or Doubles skills
Skills Normally available to that player type cost 20,000 each
Skills that would require a doubles Roll cost 30,000 each
You MAY NOT purchase any stat upgrades
You may give each player up to 2 additional skills
ie Human Blitzer can be given Mighty Blow & Dodge in addition to already having Block
Your team may only take up to 4 of each skill total
ie 4 Dwarf Blockers can be given Guard, but you cannot give Guard to anyone else

Scoring: 2 points for a win / 1 point for a tie
Tiebreaker: TD/CAS differential.

A 4 minute turn timer is MANDATORY for all games. Each round will last 2 hours and 15 minutes. Once time is called, the match will only continue to even out the number or turns between opponents.

Bonus: This is the tournament of champions, and fans from throughout the VOODOO region have come to cheer their champions on. Coaches will get free fan factor (on top of what they already have) for the following.
– For every VOODOO tournament championship earned in 2020, gain +1 Fan Factor.
– For every League championship earned in a VOODOO state in 2020, gain +1 Fan Factor.
– Exceptions to this rule: only the first 2 awarded league champions of 2020 will qualify for this bonus from each league. League must of played most of their matches in 2020, and must have a champion declared before December 1st, 2020.